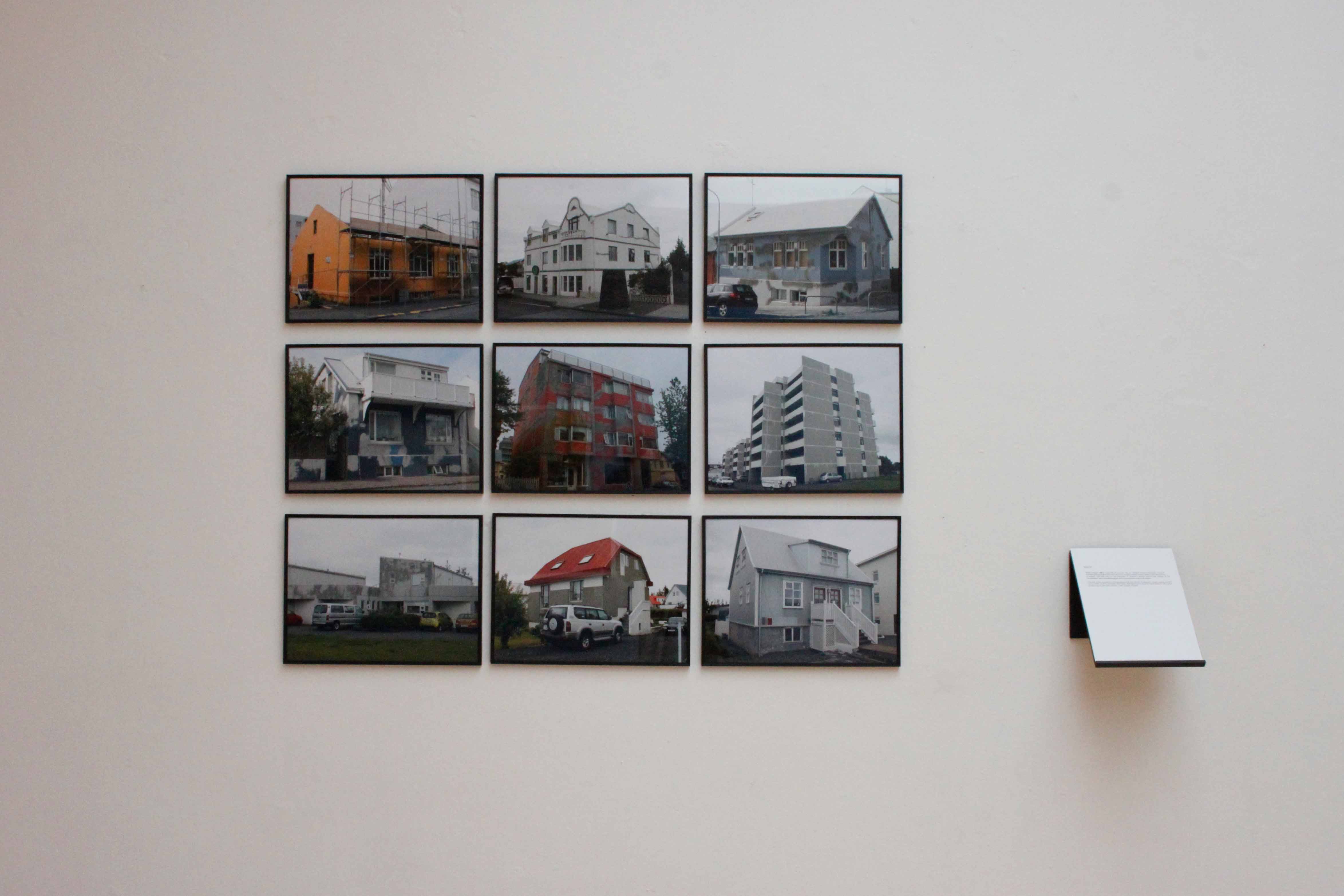 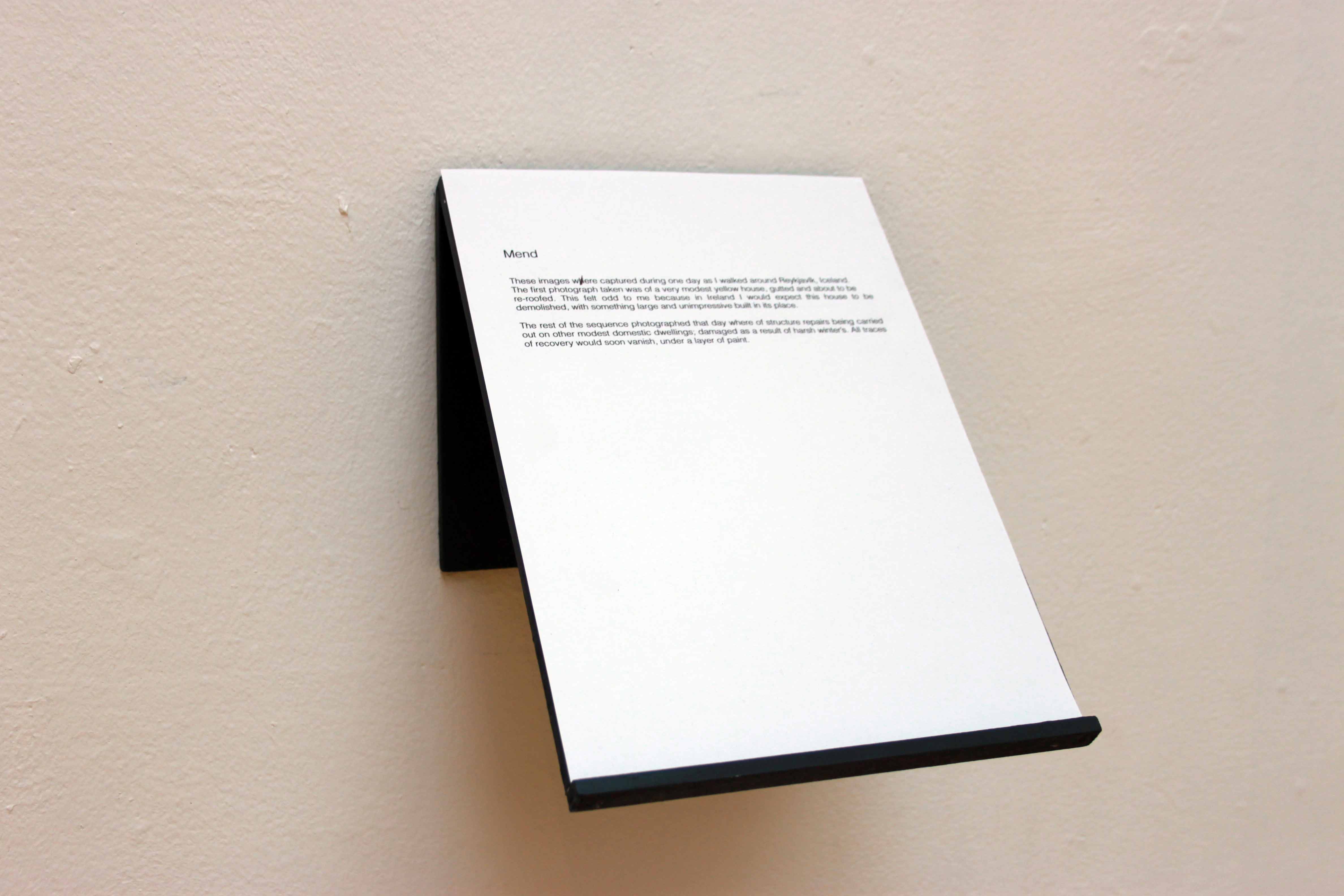 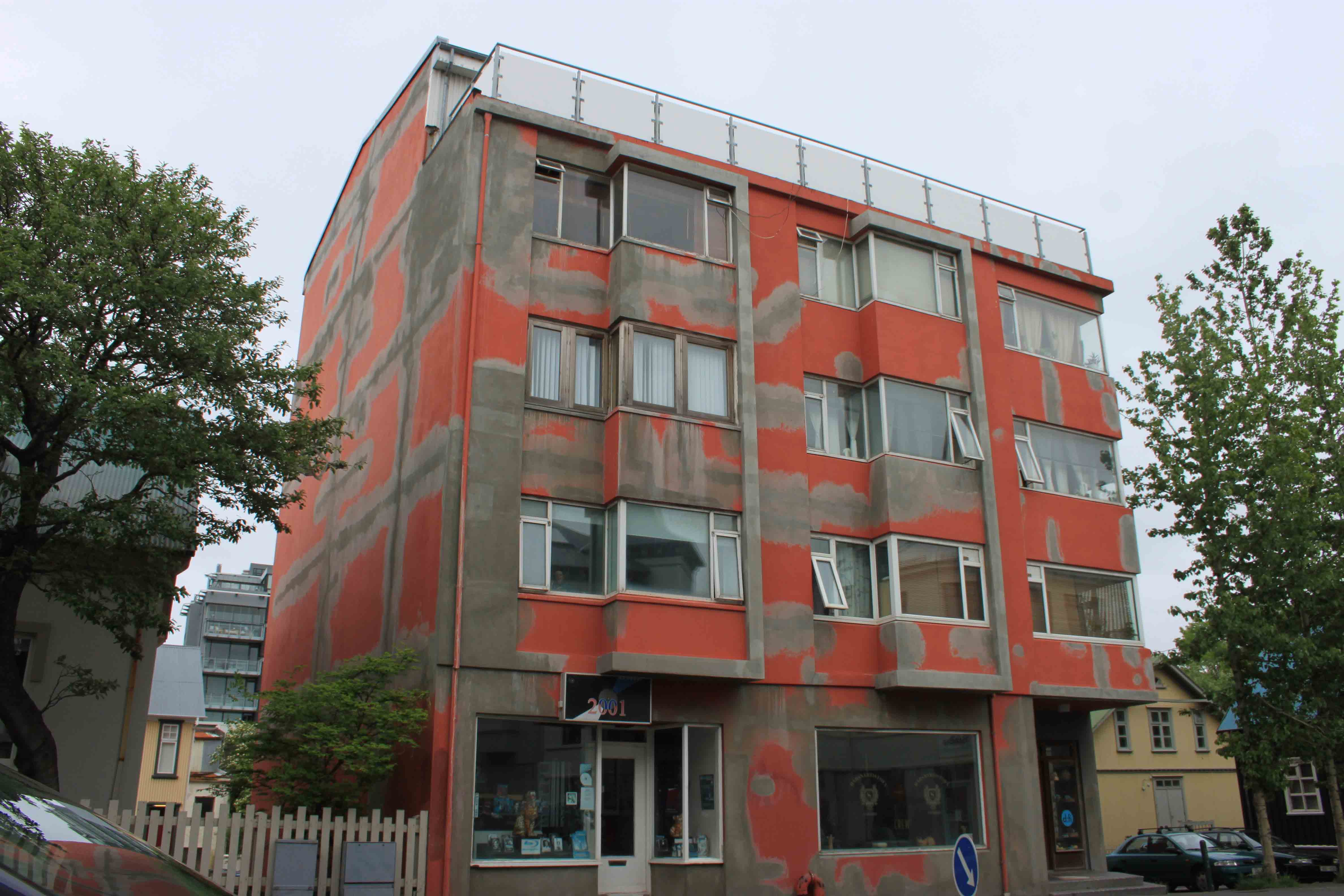 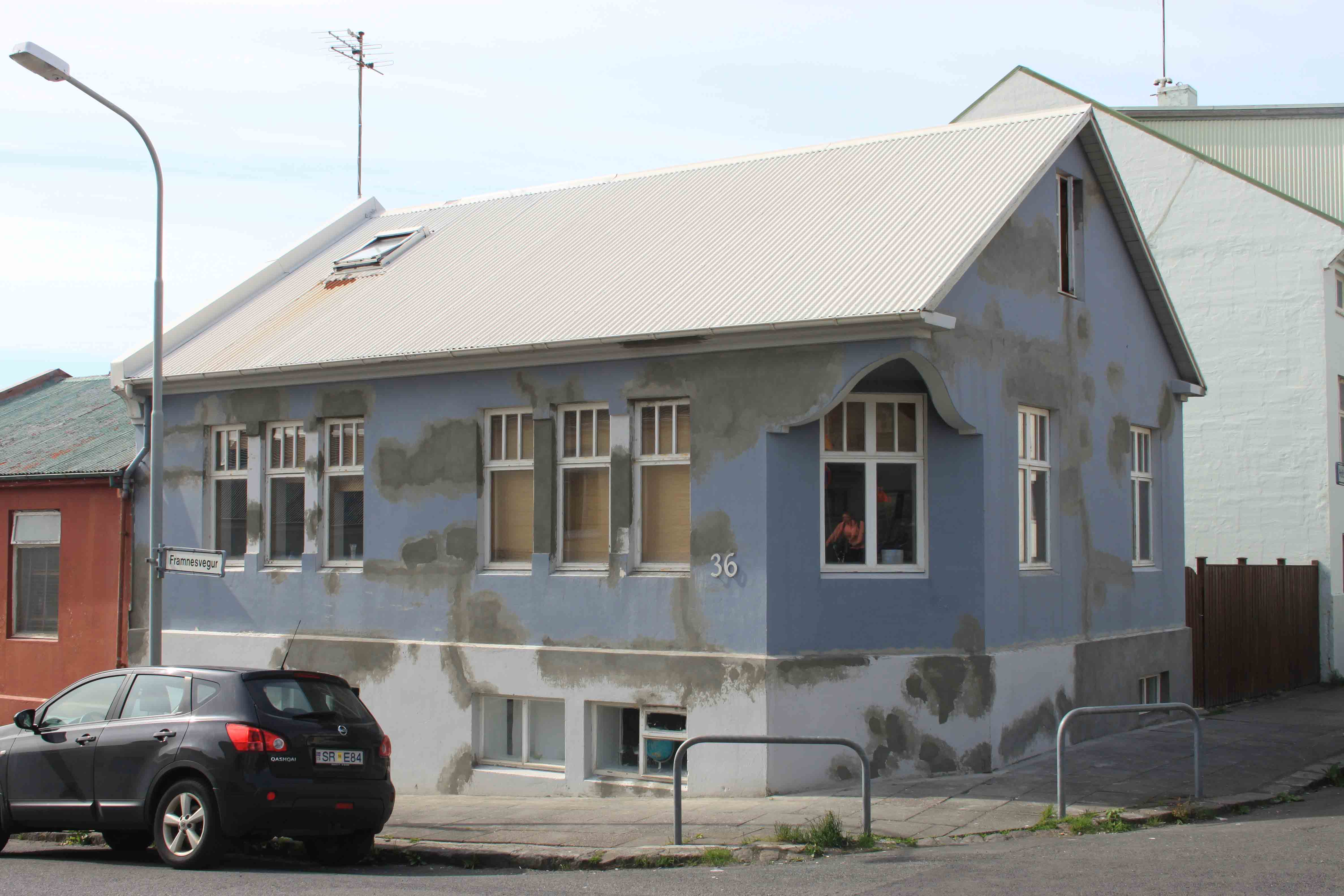 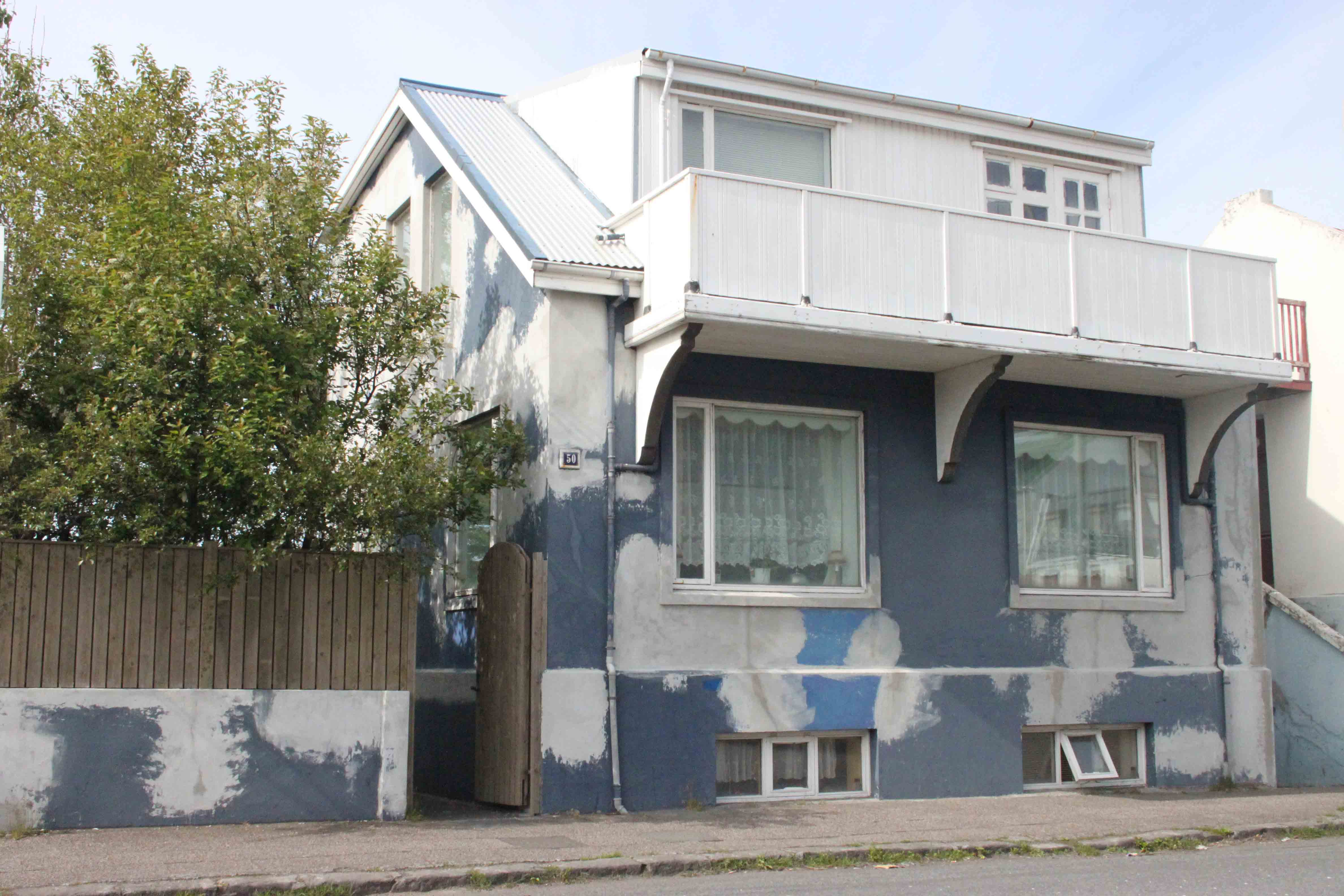 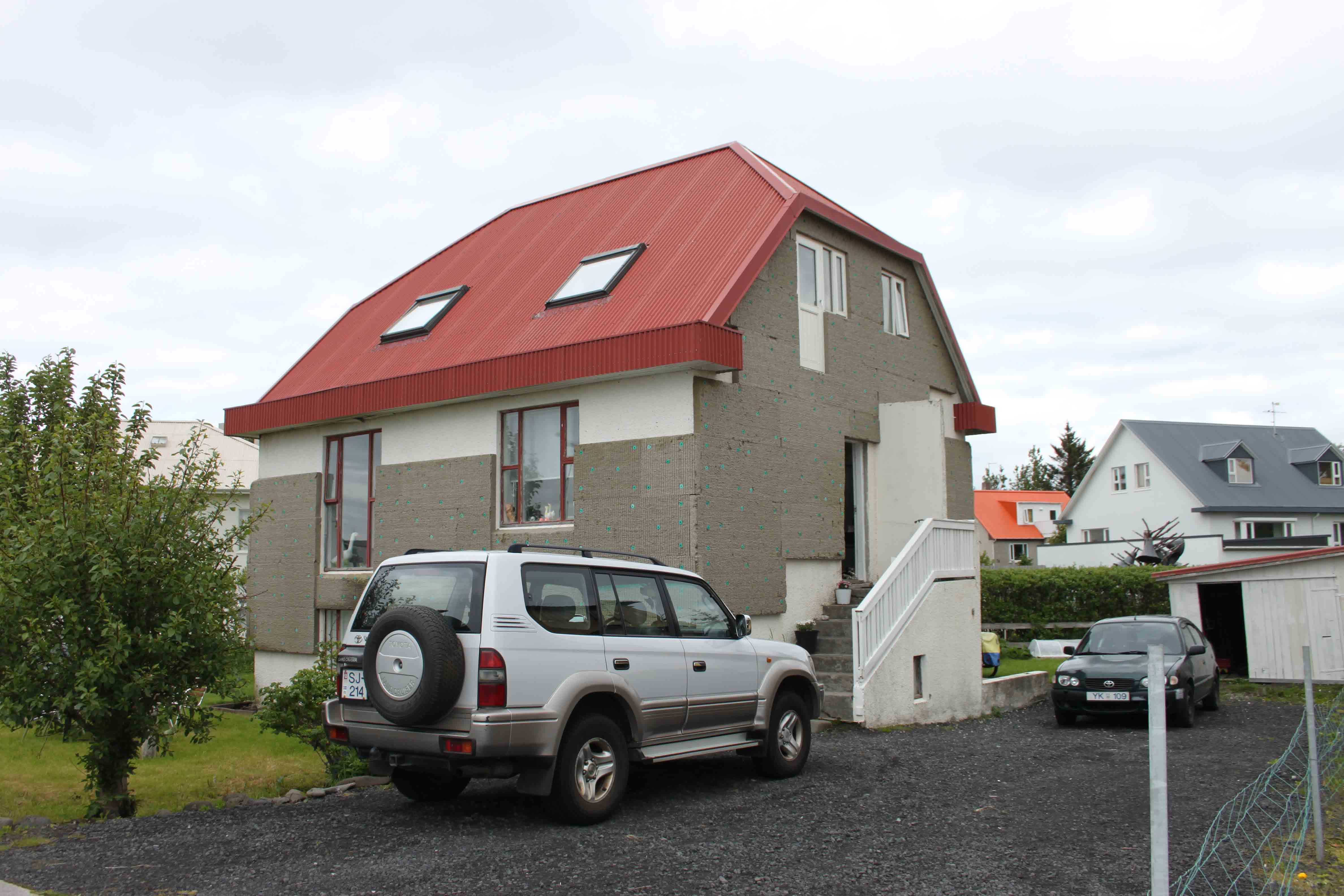 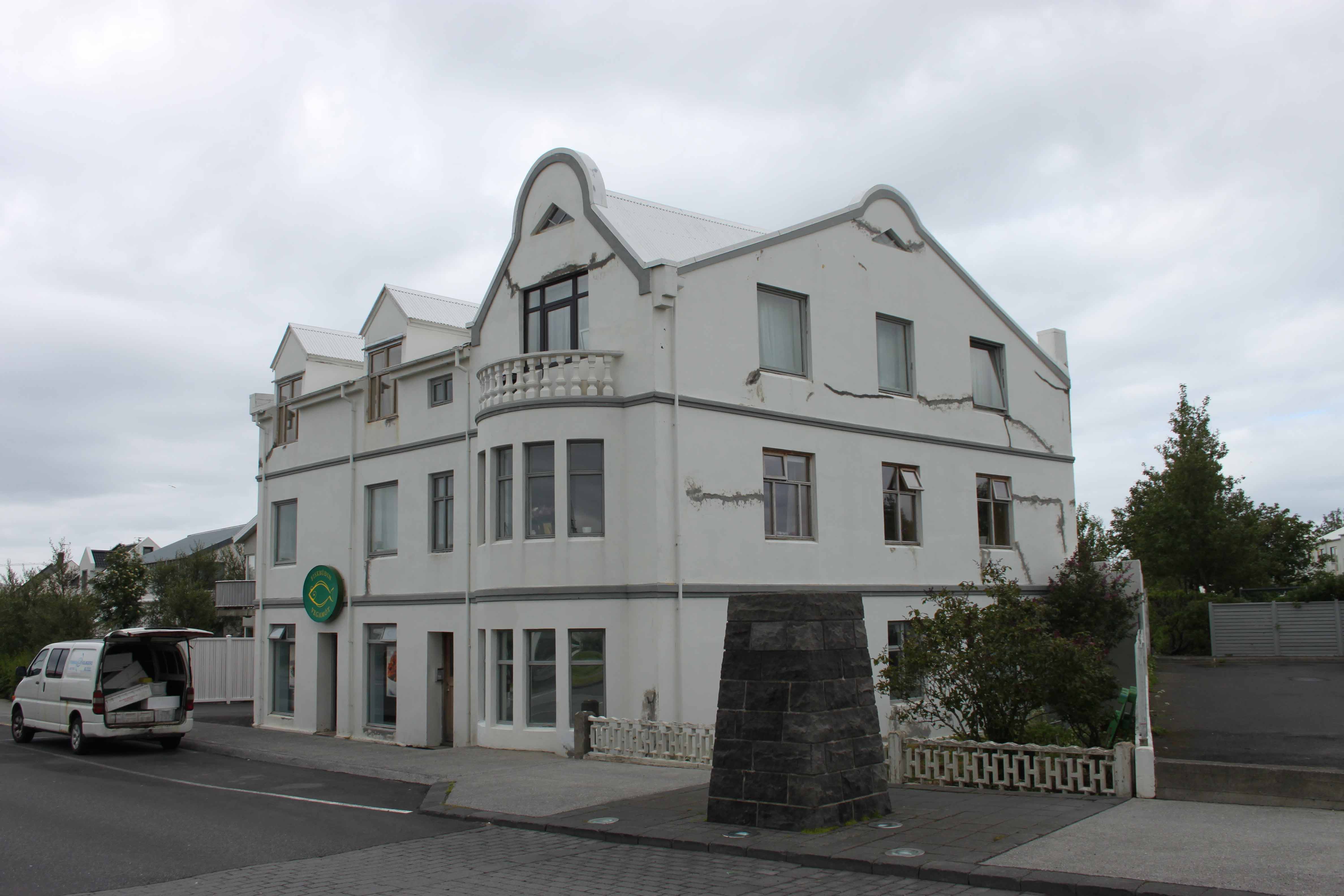 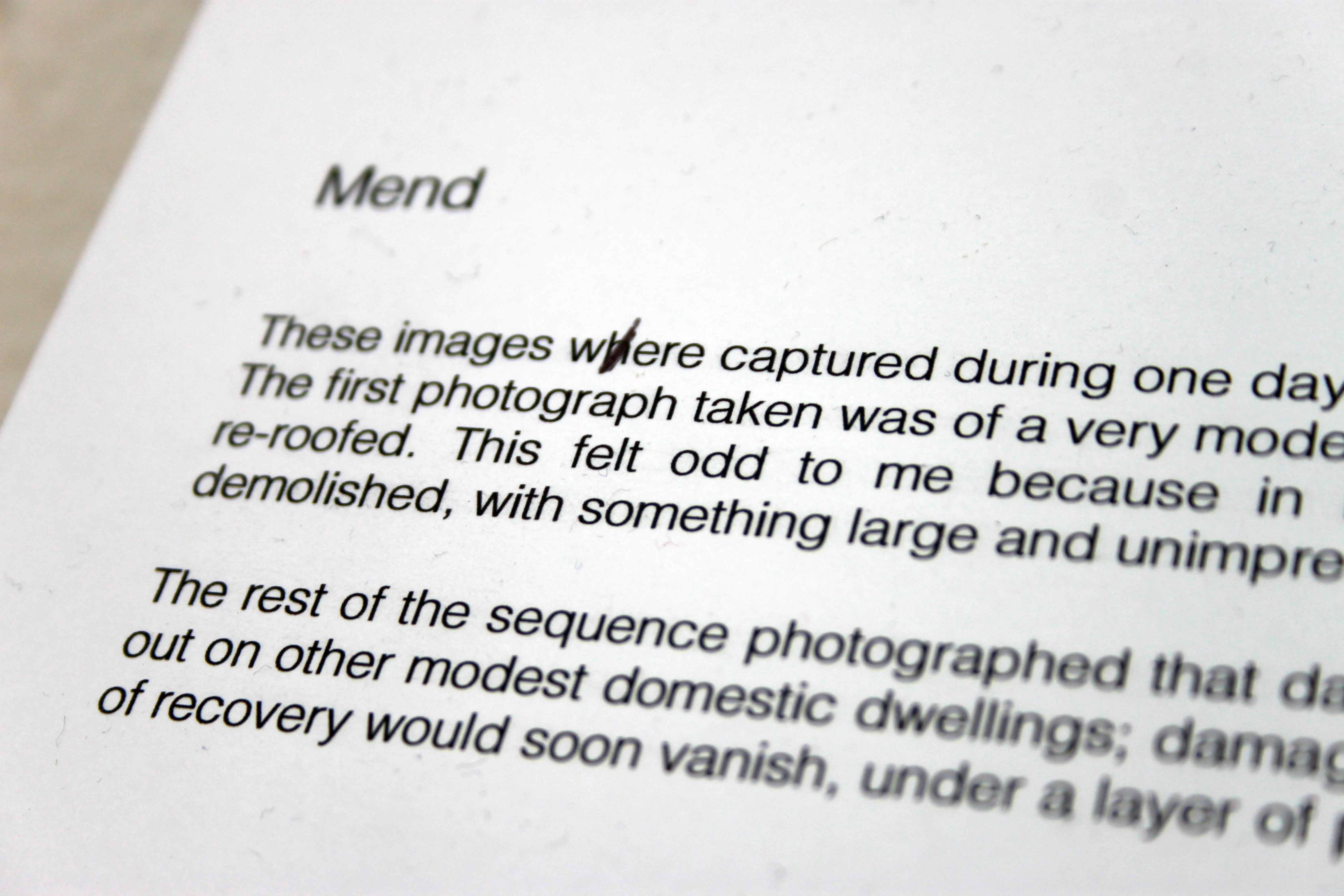 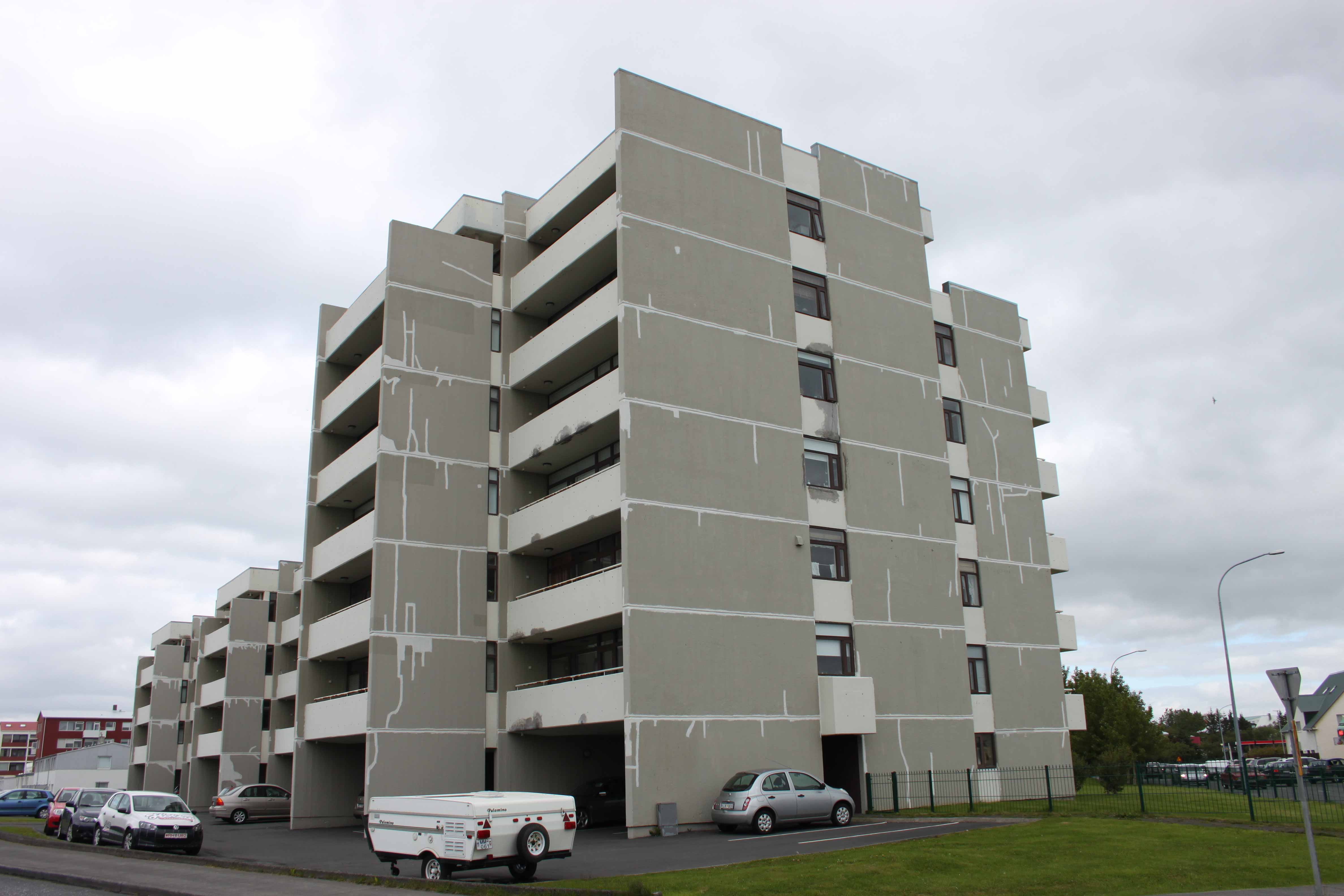 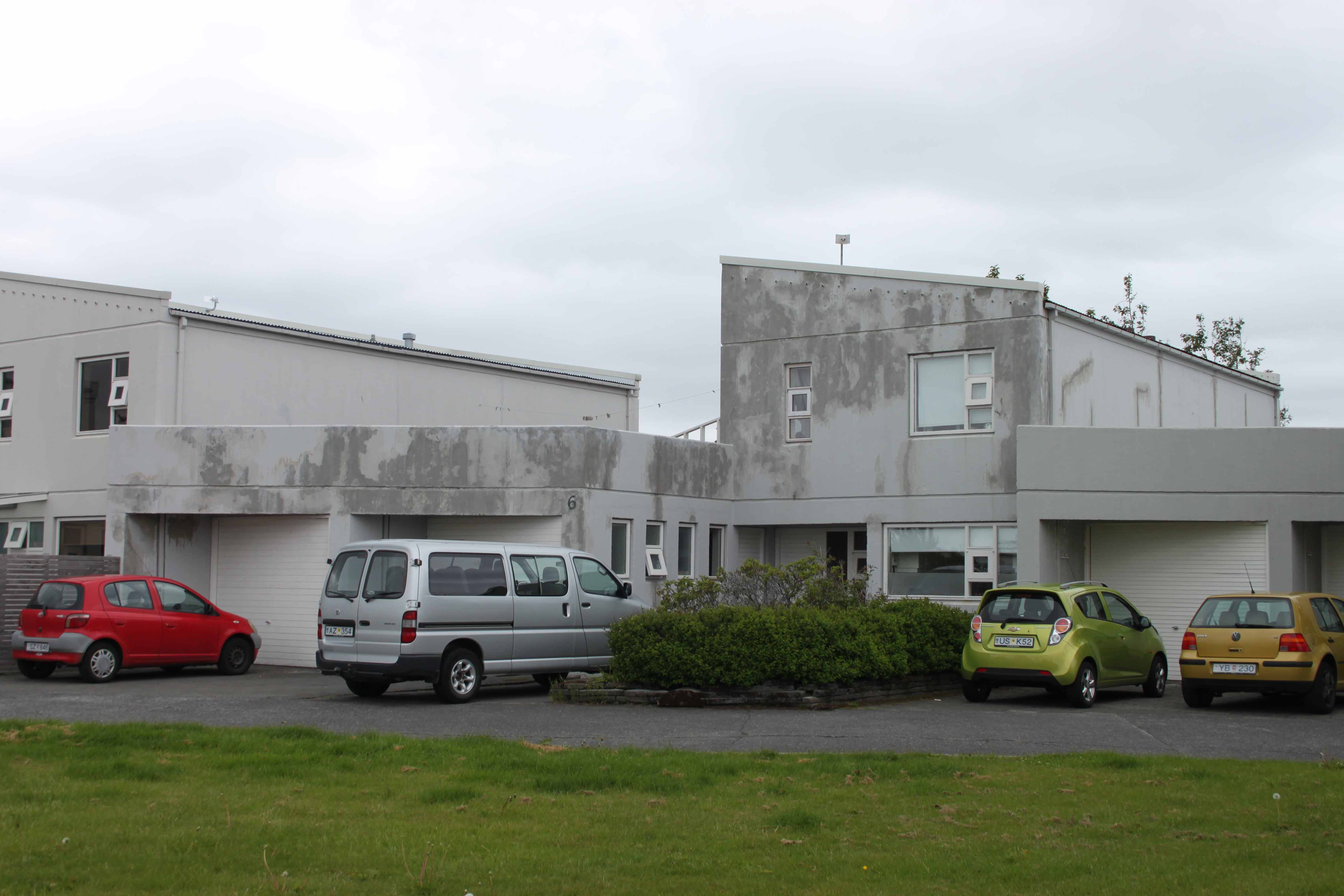 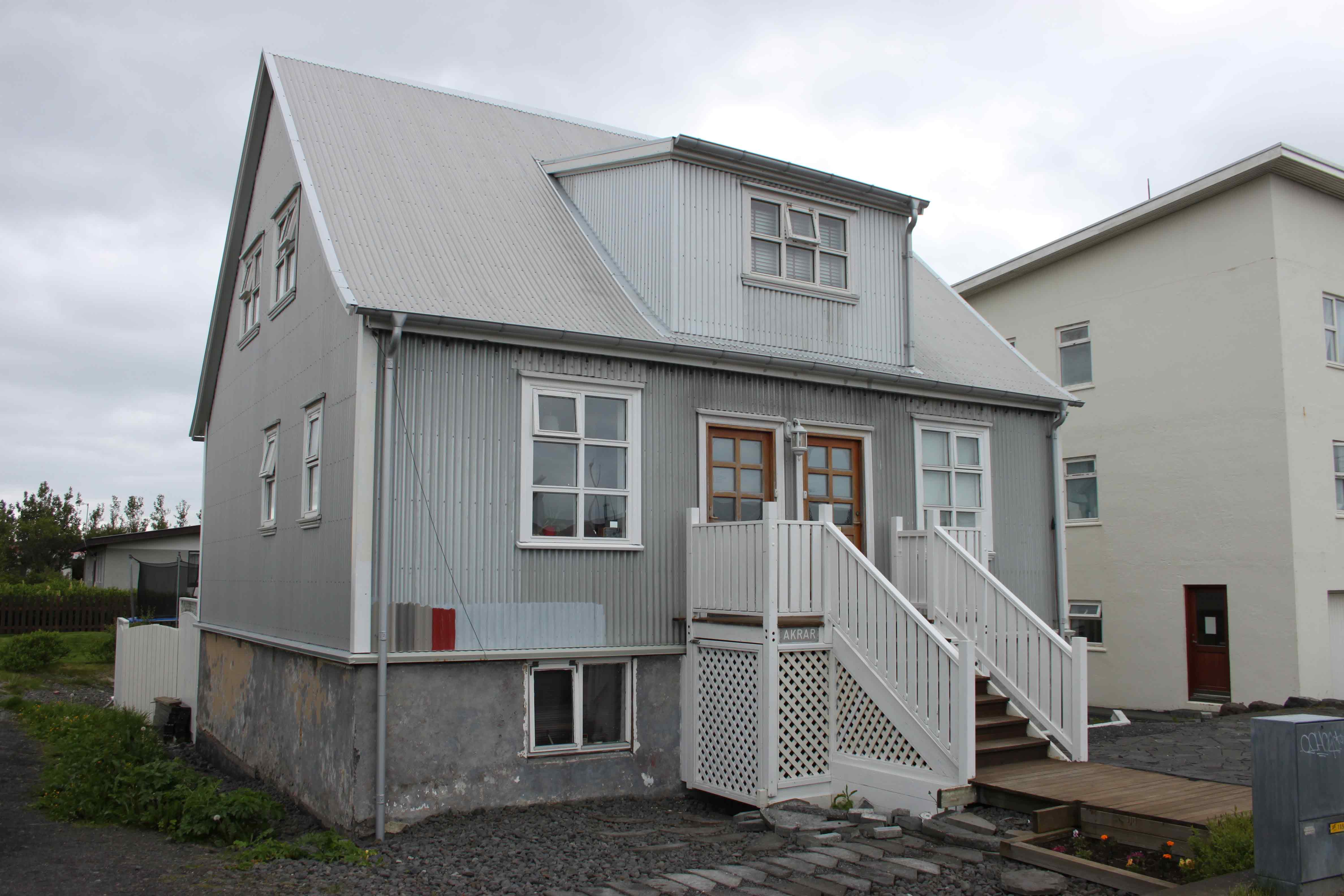 These images were captured during one day as I walked around Reykjavík, Iceland.
The first photograph taken was of a very modest yellow house, gutted and about to be re- roofed. This felt odd to me because in Ireland I would expect this house to be demolished, with something large and unimpressive built in its place.

The rest of the sequence photographed that day were of structure repairs being carried out on other modest domestic dwellings; damaged as a result of harsh winters. All traces of recovery would soon vanish, under a layer of paint.

During the exhibition, someone kindly corrected a grammar mistake on the text which I decided to leave as part of the work.