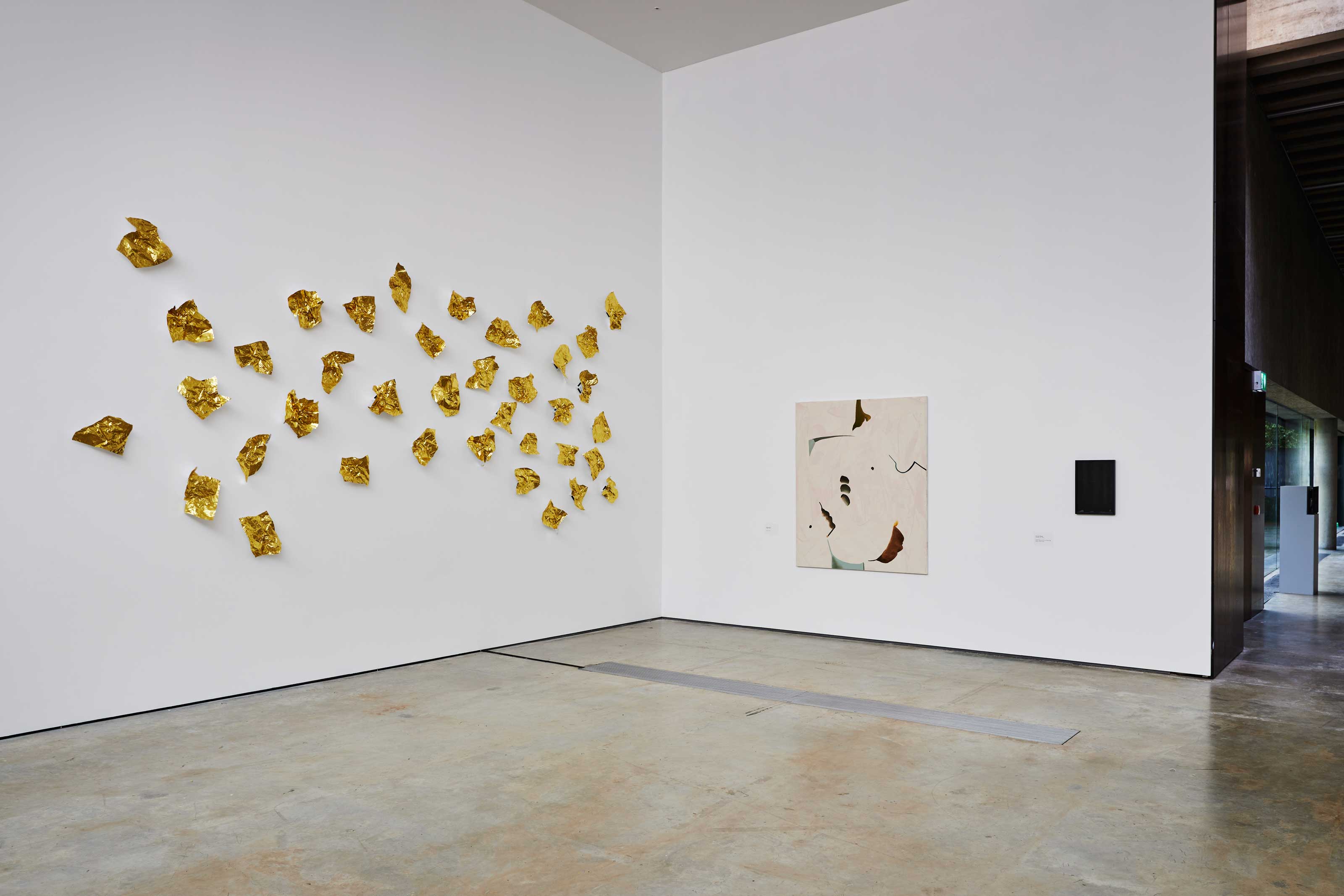 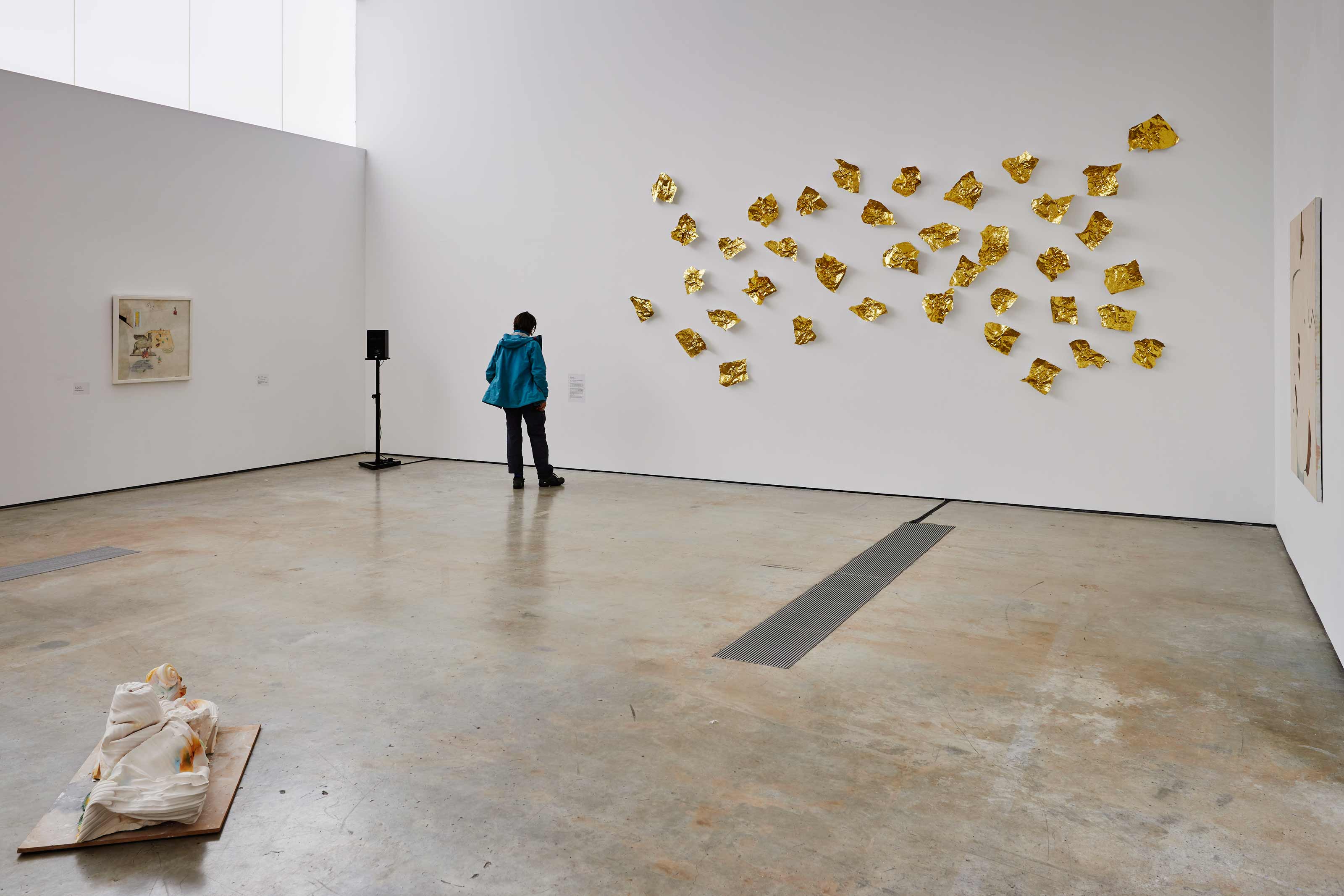 One survival blanket torn-up with the individual pieces attached to rotating motors on the gallery wall.

The shiny gold reflective material of survival blankets have appeared en masse, most recently in images of refugees and migrants rescued while attempting the journey across the Mediterranean Sea to reach Europe. Visually the images are hopeful, glistening gold surfaces wrapped around the wet survivors; the lucky ones.

A recent photograph posted by the Police Service Northern Ireland on Facebook of an event welcoming refugee families arrived from Syria, to be homed in Lisburn. A large portion of responses left were extreme sentiments showing an absence of empathy, compassion, or goodwill, instead blaming the new arrivals for draining the social welfare system, with outrage, stating “they should be sent back, or at least somewhere else, to be someone else's problem. Not our problem, simple”.

The concept of this work focuses on the abstract ‘somewhere else’ mentioned many times in the comments, based nowhere in particular, an elusive place used to discharge opinions without reserve.